It’s not because you are an excellent coach. You are.  (.600 winning percentage in nine seasons as a college coach. Five NCAA tournaments).

It’s not because you are charismatic and likable.

It’s not because of the way you get your Virginia Tech men’s basketball team to consistently play hard.

It’s because what you impressed upon, and demanded from them, regarding our national anthem.  You refused to allow their actions become a habit.

It’s because you put your job at risk and stepped out where many other college coaches might not have the courage to do so.

It’s because you drew a line in the sand.

It’s because you stood up for the men and women of the United States military that stand in the gap, putting their lives in danger, for us each day. And did so on a college campus. Even on a patriotic one like Virginia Tech, the college landscape is a haven for the politically correct. 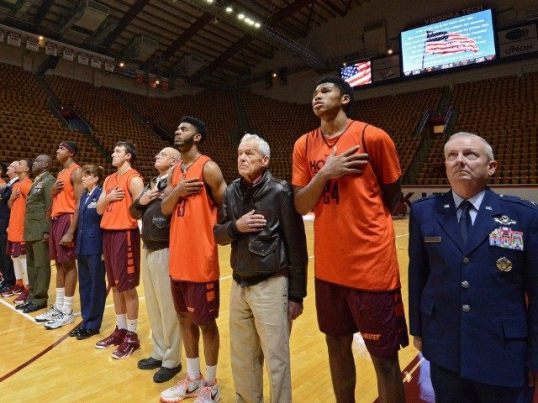 Because you are teaching your players life lessons, and about more than X’s and O’s,  you have my utmost respect and a new fan.